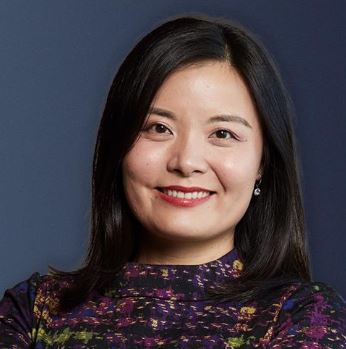 Qiaojing Ella Zheng is a Partner at Sanford Heisler Sharp and Chair of the Firm’s Asian American Litigation and Finance Practice Group.

Since joining Sanford Heisler Sharp, Ella has been honored by Super Lawyers as a Rising Star in Northern California every year since 2016. She was named among the Top 40 Under 40 Civil Plaintiff Trial Lawyers in California by the National Trial Lawyers. Ella was also an Honoree of the Tribute to Women Awards by YWCA Golden Gate Silicon Valley in 2018, and received the 2020 Minority Bar Coalition Unity Award.

At Sanford Heisler Sharp, Ella’s practice encompasses a wide range of legal matters. She represents employees across the economic spectrum in individual and class actions involving wage and hour violations, discrimination and harassment on the basis of gender, race/national origin, age, sexual orientation, and disability, retaliation and wrongful termination claims. She also represents executive and managerial personnel in both public litigation and privately negotiated settlements.

In addition, Ella has extensive experience in financial services practice. She regularly advises entrepreneurs, companies, and financial institutions in Silicon Valley and China on regulatory and compliance matters. In particular, Ella specializes in representing China-based clients in legal matters arising under U.S. laws, including licensing and compliance for securities broker-dealers and investment advisers under the U.S. SEC, the Financial Industry Regulatory Authority (FINRA), and state-level regulatory authorities. Having obtained legal education and work experience in both China and the U.S., she brings a unique perspective to facilitate her clients’ cross-border business activities, and devotes herself to bridging the cultural gap between domestic and foreign parties.

Representing co-founder and executive Dr. Yuhui David Chen in his claims of breach of contract, promissory fraud, retaliation, and wrongful termination against global semiconductor company InnoGrit Corporation and its CEO Dr. Zining Wu, culminating in an $8.3 million arbitration award that included $650,000 in punitive damages against Dr. Wu personally and $500,000 in emotional distress damages after a 12-day Zoom arbitration

Representing lead plaintiff Dandan Pan and a class of over 3,000 female employees in a gender discrimination class action case against Qualcomm, culminating in a $19.5 million Court-approved settlement

Representing an auditor against a financial institution in his claims of retaliation and wrongful termination, culminating in a substantial monetary settlement and positive reference letter from the company

Ella received her law degrees from Zhejiang University in China (LL.B.) and Thomas Jefferson School of Law (LL.M.). While at Zhejiang University, Ella also minored in the Intensive Training Program of Innovation and Entrepreneurship at the Chu Kochen Honors College and received numerous honors including the Best Student Leader, Outstanding Social Work Award, and the Best Debater of the Year.

A member of the California and New York bars, Ella has presented at international and national conferences on a broad range of topics that include gender and pregnancy discrimination, race and national origin discrimination, wage and hour violations, biases in the legal profession, discrimination in the tech industry, diversity and inclusion, women leadership, financial regulations, COVID-19 fraud, negotiation and mediation, and class and collective actions.

Ella is the President of the Chinese American Lawyers of the Bay Area, the Vice President of the Board of YWCA Golden Gate Silicon Valley, and a Board Director of the General Association of Zhejiang Entrepreneurs USA.

Before joining Sanford Heisler Sharp, Ella was an associate at a boutique general practice firm in San Diego, California, where her practice encompassed a wide range of areas including international business, corporate, civil litigation, and immigration issues.

When Ella is not lawyering, she enjoys traveling, singing, emceeing international conferences and community events, and spending time with her husband and their daughter.