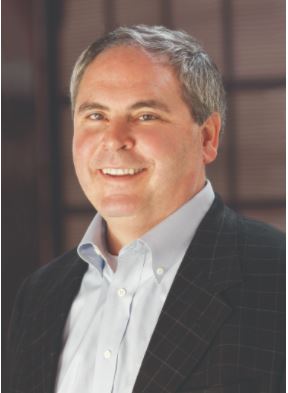 John R. (Jack) Connelly is consistently named to the Best Lawyers in America, and ranked in the top lawyers in Washington State. Super Lawyers Magazine has included him in the top 100 lawyers in Washington for 15 years and Seattle Metropolitan Magazine ranks him as one of the foremost attorneys in the Seattle region. A member of the American Board of Trial Advocates, past President of the Washington Association for Justice (WSAJ) and of the Damages Attorneys Roundtable (DART) a charter member of the Crime Victim’s Bar Association, and a fellow of the American Bar Foundation, Jack’s advocacy for Plaintiffs in numerous high profile cases has resulted in landmark verdicts and positive changes in laws protecting vulnerable citizens. Jack has been practicing law in the Puget Sound for over 39 years, entirely in representation of plaintiffs.

ADMITTED TO PRACTICE IN

Mr. Connelly handles cases throughout Washington State. He has been invited to appear and handle cases in other states on behalf of Plaintiffs as well. All Washington Trial (State and Federal) and Appellate Courts; Federal Court: US District Courts for Western and Eastern Districts of Washington; Ninth Circuit Court of Appeals;

• Lecturer and Instructor - Over 150 CLE and Trial Practice Courses over the past 39 years.

President – Pacific Harbors Counsel BSA Board of Directors 2018 to present

Bellarmine Preparatory School – Board of Trustees

• American Board of Trial Advocates ABOTA (Plaintiff and Defense Bar)

• American Board of Trial Advocates

• $25.3 million medical malpractice verdict on behalf of woman who suffered a small stroke in Montana, was transported to Harborview Comprehensive Stroke Center, and who demonstrated additional symptoms of impending stroke but did not receive appropriate treatment and suffered permanent injury.

• $2.9 million verdict and confidential settlement on behalf of father killed by mentally ill son/patient who had been improperly released from mental hospital.

• $7.9 million settlement for family of social worker slain by felon. Deceased had called police requesting assistance. Sheriff’s responded but failed to take felon into custody, failed to take appropriate precautions to assist deceased, failed to act in timely manner in accordance with applicable police standards and, instead, left for three day weekend. Murder occurred over the weekend.

• $4.0 million settlement on behalf of mother of three killed when State DOT sanding truck turned across her lane of travel.

• $3.0 million settlement on behalf of woman killed after Sheriff’s provided gun and ammunition to her estranged husband after domestic violence call.

• Over $70 million in settlements on behalf of children abused in OK Boys Ranch group home in Olympia Washington. Case resulted in investigations and major changes in group home care throughout the state and U.S.

• $31 million jury award for quadriplegic youth injured on defective ski jump. Reduced by 55% for combination of comparative fault and the inherent risks of the sport of skiing.

• $22.4 million jury award to family of mother killed by felon who was not properly supervised by D.O.C. (Supreme Court Opinion affirmed cause of action under sentencing reform act, remanded due to jury instruction. Case settled.)

• $15 million jury award to family of mother killed by a felon on D.O.C. supervision (later reversed on duty issue)

• Lead Counsel in $12.5 million settlement on behalf of families of police officers killed at a Forza Coffee Shop in Lakewood, Washington. State of Washington Department of Corrections had warrant that would have held him in jail but released him.

• $6.5 million settlement for brain injury as a result of industrial accident.

• $5.6 million award for firefighter killed in arson fire started by Martin Pang. Jury determined that fault for death should be apportioned 75% to the City of Seattle for its negligence and 25% to the arsonist.

• $4.5 million settlement against Department of Corrections for failing to render aid to prisoner having mental breakdown in State Prison. Prisoner hung himself.

• $4.5 million award against Safeco for bad faith. (On motion)

• Settlement on behalf of Woman whose child died as a result of defective infant carrier.

• $3.0 Settlement on behalf of victims executed by improperly supervised felon.

• Class action case brought on behalf of retired union members against Unions who had promised them life membership and burial benefits but then tried to renege on promise. (Retired members prevailed in trial and successfully defended appeal to Washington Supreme Court.)

• Products Liability; Confidential Settlement on behalf of child quadriplegic injured due to faulty child restraint seat (settlement after one week of trial).

• Failure to supervise felon who broke into apartment and murdered young, single woman in her bathtub. Case settled during trial for $2.6 million.

• $2.25 million settlement family of young man killed by offender who was supposed to have been supervised.

• Medical negligence settlement on behalf of child who lost almost all vision as a result of failure to diagnose and treat brain tumor.

• $2.0 Settlement on behalf of two young women who were sexually molested as children in a state licensed foster care placement.

• $2 million settlement for family of youth who died at juvenile youth ranch.

• $2 million settlement – wrongful death of quadriplegic mother. (quadriplegia from another cause preexisting death)

• $1.6 million settlement on behalf of family of child hit after exiting bus. Failure to supervise.

• Failure to provide appropriate psychiatric treatment for inmate who subsequently was released and murdered mother of two young children. $1.7 million.

• $1.7 million settlement for two elderly woman who died as a result of negligent care.

• $1.25 million settlement for educational fraud. Vocational School provided denturist program but teacher was not properly trained and failed to teach class. Students were forced to try to teach themselves.

• $1 million medical malpractice settlement for prisoner who was denied treatment for hepatitis C.

• $700,000 settlement for suicide. Failure to supervise lock down unit.

• Confidential settlement for families of firefighters killed due to inadequate fire protection.

• Case handled against multinational sales organization setting up pyramid scheme and taking funds from members through fraudulent description of program.

• Numerous ethics hearings handled for the Washington Ass’n of Realtors and member organizations assisting establishing fair hearing process for the benefit of citizens who had ethics complaints against realtors.