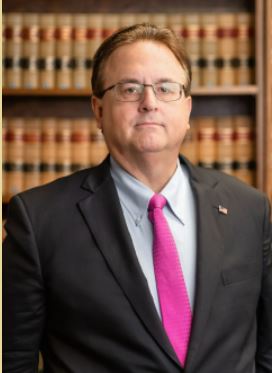 Attorney J. Patten Brown, III was born in Greenville, Mississippi and lived most of his young life in Guatemala City, Guatemala. He holds a B.A. in History and Political Science from Ole Miss. His Juris Doctor was awarded by the Paul M. Hebert Law Center, Louisiana State University. In school, he was a member of several social, athletic, and professional organizations from the Pi Kappa Alpha social fraternity to his participation in ROTC. After his military service, he began working for a large regional law firm out of New Orleans practicing oil and gas law. After a few years, he entered private practice. He has two older sons who graduated from high school in the West Hartford, CT area. One graduated from LSU and is an aide to a member of Congress in Washington, D.C. and one attends the University of Alabama. He and his partner/wife Delena welcomed their twin daughters to the world in 2019 and are raising their family here in the Farmington Valley. Attorney Brown has tried in excess of 200 jury trials and has an established record of successfully gaining fair settlements for his clients and not guilty verdicts at trial.

Law Offices of Pat Brown is a true family law firm with a diverse team of lawyers and paralegals here to assist you and your family. We are always mindful of the impact an arrest or an injury can have on your loved ones and will keep that in mind.

Pat Brown has been practicing law since he was first licensed in January of 1993. He was first admitted to practice in Louisiana followed by his admission to the state bars of Tennessee, Connecticut and finally New York. Attorney Brown has tried hundreds of criminal and civil jury trials to verdict, many resulting in a Not Guilty. Including Pro Hac Vice admissions, he has tried cases in Connecticut, New York, Tennessee, Texas, Louisiana, California, New Mexico, Ohio and Kansas. He is or has been qualified capital counsel, or ‘Learned Counsel”, at the trial and post-conviction levels in the Federal 2nd, 5th, and 10th Circuits as well as the State of Connecticut before abolition of the death penalty and represents clients in Capital Cases in Federal and State Courts.

Upon graduation from Law School, Attorney Brown finished his term in the United States Army where he served in several capacities and earned many badges and awards, finishing his service as a JAG officer representing soldiers before Courts Martial. Attorney Brown tried over a dozen jury cases to verdict before leaving the service in 1996.

In 1996, Attorney Brown began his private legal career as an associate at a regional law firm in Louisiana, during which time he was recruited by a client to be Associate General Counsel; negotiating oil industry pipeline and service contracts throughout the world. He eventually left that position to open a private law office in Lafayette, Louisiana primarily defending those accused of crimes before federal and state courts and personal injury matters.