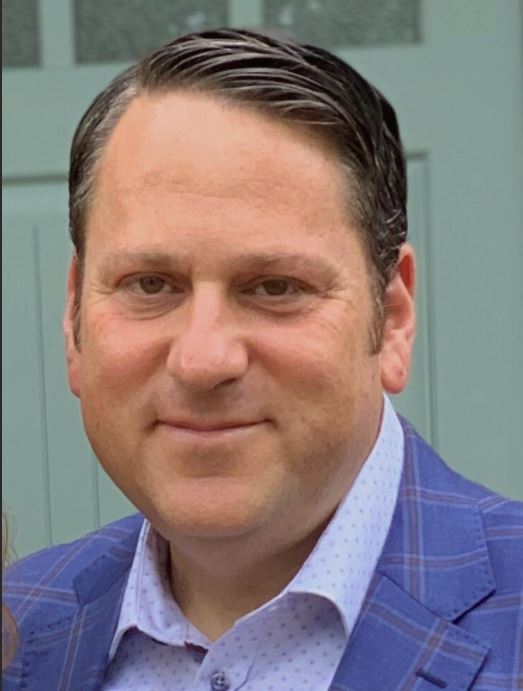 Focusing his practice exclusively on civil rights law, Brett Klein brings a quarter century of focus, expertise and results to provide skilled representation to individuals and their family members whose rights have been illegally violated by law enforcement officers or other government officials. Mr. Klein has represented countless victims of government abuse and corruption, including wrongful death and unjust convictions, and victims of prison rape, excessive force and unlawful strip searches. He has extensive experience representing clients who have suffered traumatic brain injuries, orbital fractures, broken jaws, emotional distress and other needless injuries at the hands of police and corrections officers.

An industry leader in wrongful conviction litigation, Mr. Klein recently secured the exoneration a man who had spent more than 25 years in prison, and is now pursuing justice for his client in a claim for compensation under New York's unjust conviction statute.

During his career, Mr. Klein has been able to obtain hundreds of significant and/or landmark settlements and jury awards on behalf of his clients. In 2021, Mr. Klein negotiated a record setting $13,250,000 settlement for a victim of a police shooting, following a landmark $11,000,000 jury verdict, which was one of the largest civil rights verdicts in the US in 2019. In February 2019, Mr. Klein obtained a $1.8 million jury verdict against Home Depot in Brooklyn Supreme Court for a client who was wrongfully arrested. In another recent case, Mr. Klein obtained a $1.5 million settlement from the City of New York for a man who was held in custody for five years on Rikers Island before he was eventually acquitted on all charges. In another, Mr. Klein reached a $1.85 million settlement with Suffolk County for the death of an autistic man who was asphyxiated by Suffolk County police officers. Mr. Klein also recently settled a case on behalf of the estate of a man who was asphyxiated by NYPD officers on Staten Island for $1.5 million. In yet other recent settlements, he was able to obtain a settlement of $1.5 million for a man wrongfully accused of shooting at NYPD officers resulting in 18 days of confinement, $1 million from the City of New York for a man who spent 2 days in jail after being wrongfully accused of a sex crime, and another in the amount of nearly $1 million for a client who was kicked in the face by a NYPD officer, resulting in the loss of an eye.

Mr. Klein has tried and won numerous jury trials, including favorable verdicts against the City of New York, the State of New York, the United States, and other municipalities, including Yonkers, Suffolk County, the Port Authority, and the MTA. Recent examples include a federal jury verdict in the amount of $250,000 for a man who was beaten by inmates in the Suffolk County Jail due to the misconduct of correction officers, as well as a $150,000 verdict against New York City for a Brooklyn man who was falsely arrested for 30 minutes and then issued a summons in front of his young son by a NYPD officer in a road rage incident.

Mr. Klein has been repeatedly selected by Super Lawyers as a top rated civil rights attorney in New York, and is frequently named to other top attorney lists, including the Top 100 Registry where he was selected 2022 New York Civil Rights Attorney of the Year, Best of the Bar, America’s Top 100 High Stakes Litigators, TopVerdict (including a spot in the Top 20 Civil Rights Violation Verdicts in the United States in 2019), the National Trial Lawyers’ Top 100 Civil Plaintiff Trial Lawyers in New York, and others.

Mr. Klein attended Binghamton University as an undergraduate and received a Bachelor of Arts in 1994. He then went on to pursue his legal education at Brooklyn Law School and was awarded his Juris Doctor in 1997. Admitted to practice in both New York and New Jersey, Mr. Klein is also admitted to practice before the United States Supreme Court, the Second Circuit Court of Appeals, the U.S. District Courts for the Eastern, Southern Northern and Western Districts of New York, as well as in the District of New Jersey.

Section 1983 of Title 42 of the U.S. Code is part of the Civil Rights Act of 1871. This important law allows citizens to sue persons who, under color of federal, state or local law, deprive them of their constitutional rights. This law was originally passed to battle racial violence in the Southern states at the end of the Civil War. Today, legal precedents have established Section 1983 as a means for enforcing the constitutional rights of all victims of police and prison brutality.

Some previous Section 1983 cases our attorneys have handled include:

Sexual abuse and/or harassment by police and corrections officers;

False arrest, malicious prosecution, and fabrication of evidence by police and prosecutors;

Workplace discrimination and retaliation claims for members of protected classes, including race and LGBTQ, and whistleblower claims.

We handle cases in the federal and state courts covering the boroughs of New York City, including Manhattan, the Bronx, Brooklyn, Queens, and Staten Island, as well as Long Island, Westchester, upstate New York, and New Jersey.

Klein Civil Rights has prosecuted hundreds of federal and state court actions for damages for the use of excessive force by police and jail/prison officials resulting in injures ranging from handcuff and other neurological injuries, to blunt force trauma, traumatic brain injuries, and wrongful death. All forms of police and corrections brutality are a direct violation of the rights afforded to civilians under the U.S. Constitution, and Klein Civil Rights has dedicated its practice to vindicating these important rights.

Klein Civil Rights is renowned for its results in achieving justice for victims of false arrest, malicious prosecution and fabrication of evidence by police and prosecutors. In cases ranging from the wrongful issuance of summonses, to seeking full justice for individuals who have spent years if not decades wrongfully in prison, Klein Civil Rights holds government actors accountable every day for committing serious constitutional violations.

Klein Civil Rights is renowned for its commitment and expertise in securing exonerations and pursuing civil justice for exonerees under New York’s wrongful conviction statue and as well as for all related civil rights violations.

Loss of consciousness for a few seconds to a few minutes

Dizziness or loss of balance

Weakness or numbness in fingers and toes

The financial implications of living with a traumatic brain injury are substantial. Not only does someone with TBI require extensive, long-term medical care, but they may be unable to work and may require modifications to their home. The lawyers at Klein Civil Rights are experienced in TBI in the context of civil rights cases and can help you or a loved one who has been the victim of excessive force by law enforcement resulting in traumatic brain injury.